Sicily in Winter, The best things to See in Winter Holidays in Italy 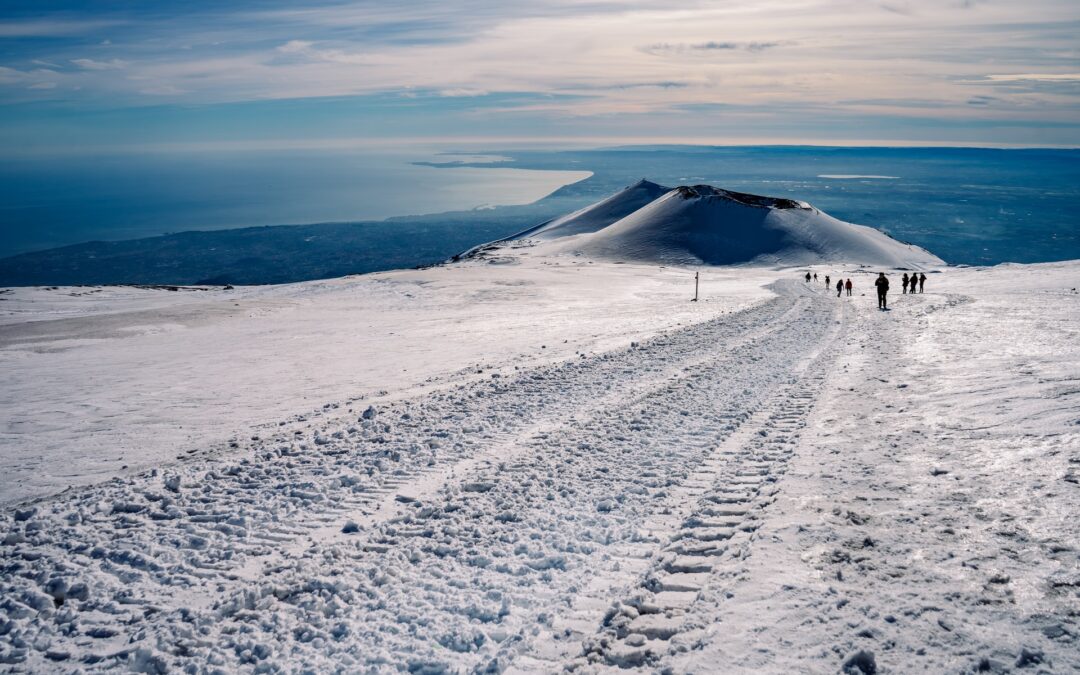 The title of this article says it all. It’s legitimate to ask why should I go to a Mediterranean location like Sicily in Winter? It might sound counterintuitive, but I will give you two good reasons for booking your flight to Sicily from December till the end of February.

How is Sicily weather like? Exactly because Sicily is located in the heart of the Mediterranean, winters are mostly mild or even warm, hence the perfect destination for a winter escape! Personally, although born and raised in Catania, I have been living in Zürich for the last 7 years. And guess what? Although for Italians swimming off-season – meaning after September 15 – seems to be a taboo, since I moved abroad I keep the tradition of swimming either on December 24 or 25. What? Yes, over Christmas it is possible to swim and enjoy 20-degree Celsius and more! At one condition though. You need to stick to the coast and the sea level. Anyways, I will keep this topic for later in the article. Let me now just mention the second reason why you should book your holiday in Sicily in winter.

SECOND REASON TO CHOOSE SICILY FROM DECEMBER TO FEBRUARY

The answer? Etna! Yes, the volcano makes Sicily a quasi-alpine destination. You might ask: does it snow in Sicily? Of course! Can I ski in Sicily? Sure! When you happen to land in Catania, the island second largest city, you will notice how massive Mount Etna can be. The secret is now unveiled. At this point I will give you a couple of ideas on what to do in winter on Mount Etna, which is a volcano by the way. Before that however, what are the coldest months in Sicily? Usually January and February, and this is when you will have the best chance of finding good snow on Mount Etna.

THINGS TO DO ON MOUNT ETNA IN WINTER

The volcano reaches the altitude of 3’300m and more. This is why, despite being in the heart of the Mediterranean, Sicily can offer you those type of winter holidays options. I would like now to suggest where to go to ski in Sicily.

THE BEACH EXPERIENCE IN WINTER IN SICILY

After my digression on snow-related activities in Sicily, let’s go back to where we started. The beach and the mild Sicilian winter. In several Sicilian cities there are swimming competitions organized at sea, such as the San Silvestro swim in Catania. Here professional and amateur swimmers gather every year on December 31 for a swimming race in the tiny harbor of the Ognina district. Should you rather prefer the beach, the whole island will offer you 1’600 km of coastline, where you will barely encounter any other human. As we said, locals don’t go swimming after September 15 even if it’s 25 degrees out there. You might want to choose a resort town, lively with restaurants and rich of boutique hotels like:

Another cool idea would be to visit Sicily during the Christmas break. Why is that a special thing to do? Especially if you decide to take a road trip around the island, then you will happen to stop in small towns, which will each compete on who has the best “live nativity scene”. They mean it! With real actors, animals, costumes and so forth.

Wait a second, you said you don’t like the idea of driving in Sicily? You may ask, can you get around Sicily without a car? Yes, I’ve got a solution for you and the environment will be happy too. Should you not want to drive in Sicily or should you want to experience Sicily by train, read my article “Travelling by Train in Sicily” for getting around in Sicily without a car.

Here we go. To recap, I think that by now you learnt that Winter is a good season to visit Sicily because you can ski, you can swim at sea, you can ski in the morning and swim in the afternoon (oh hell yes!). You can also taste the Sicilian Christmas recipes and discover the Sicilian Nativity scenes. Our eBook Travel Guides are always the best option to have all the tips at hand about where to go in Sicily where to eat, where to stay and much more. So, what I suggest is always prioritizing. Book your flight to Sicily first, then purchase our travel guide books about Sicily. And don’t forget, share with us any feedback and we will be glad to listen how your holiday went.

Merry winter season to all!